This week, we brave the cold and travel to Collier Memorial State Park in Southern Oregon to visit an elite ArborWorks crew that, in the wake of multiple large wildfires that have occurred in the area over the past few years, has been tasked with removing fire-weakened timber that is within striking distance of power lines. This highly skilled team is led by Roy Hauser, a 40-year timber felling expert, and veteran forester Lyncho Ruiz, an Oregon local and ArborWorks project manager.

Roy gives a rundown of the project: “This project is really sensitive in nature; It has a lot of connected elements. Native, cultural, environmental, archeological, fish and game. I was fortunate enough to hand-pick these guys; they’re from all over the nation. We’ve got professional loggers, professional fallers, professional arborists. We’re really ecstatic about how successful we have become with this project despite all the different elements involved.”

Roy is also the teacher of a hazardous tree-felling class called The Art of Felling Timber, in which the majority of his crew are either graduates or instructors. This includes Roy’s 22-year-old daughter, Victoria, who was felling trees with the rest of the crew in the park.

Roy’s team is working closely with archeology experts, wildlife experts, and multiple government entities to protect and facilitate local wildlife and artifacts, even creating new dens for animals from trees that need to be addressed. Pine Martin dens are carved into the stumps of fallen trees (figure 1), while raptor and bat habitats are created in designated “wildlife trees” (figure 2). Trees are also fell into the rivers and creeks running through the park, creating habitats for the various trout species that live in them. “It just transpires right in front of us,” explains Lyncho. “We can make a wildlife tree; in less than 10 minutes, there’s a bald eagle landing in it. I mean, it just happens so fast.”

Lyncho, Roy, and each one of the crew members demonstrate an intense passion and knowledge for their work. For them (of which many grew up in the area), they are stewards of the forest and the wildlife it facilitates. “I grew up in Klamath Falls, so this is kind of my backyard, basically.” says Joe Johnson, a foreman on the crew. “Just being able to leave a lasting impression on what feels like my backyard— it means a lot to me. I recall catching fish with my dad as a kiddo just upstream from where we’re at. I’m excited to come back here with my grandkids someday.”

The crew and their work will be memorialized in the Collier Memorial State Park Logging Museum as part of the 100-year anniversary of the park. 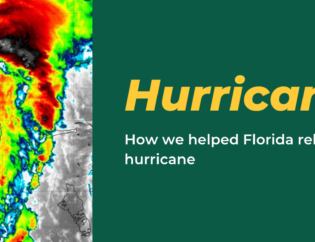 vamtam-theme-circle-post
 Category Blog
Hurricane Ian was one of the most destructive hurricanes in recent memory. Ian likely caused $53 billion to $74 billion in insured losses from Florida to the Carolinas, with a “best estimate” of $67 billion, according to modeling firm RMS.  The storm caused extensive damage to homes and businesses, leaving millions of Floridians without power. But under the leadership of Clint Stephens, our Vice President of Operations, Southeastern Region out of Knoxville, and our Florida...
 Tags Disaster Relief, Florida, hurricane, Hurricane Ian, Line Clearance, Natural Disaster, Storm Relief, Tree Removal, Vegetation Management
Read More 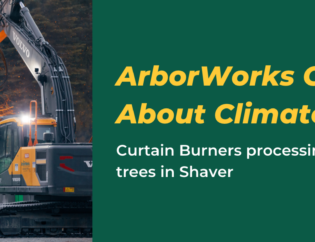 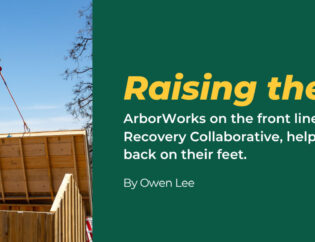 vamtam-theme-circle-post
 Category Blog
On Friday, July 22, 2022, Ben Turck and I met with Tanner Michaelson of the Creek Fire Recovery Collective at a property on the edge of the Creek Fire burn scar. We also met with several other volunteers and helped assemble a pre-fabricated shed for a homeowner severely affected by the fire. The shed, built by high-school students in Fresno as a part of the Rebuild our Sierra program, was quickly assembled with Ben’s expert...
 Tags Local Communities, Wildfire
Read More 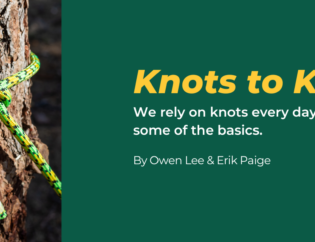 vamtam-theme-circle-post
 Category Blog
In our industry, we use expensive, specialized and complex equipment to get the job done. To the average person, the work we do can often look impossible. But to us, it’s second nature. Especially being safe. Among the most important and relied upon tricks of the trade, however, is a tool that is absolutely free.  Knots are amazingly versatile tools. A person armed with nothing but knowledge and a rope can create entire mechanical systems...
 Tags Knots, Line Clearance, Safety, Tree Care, Tree Removal
Read More 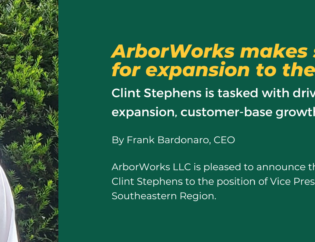 vamtam-theme-circle-post
 Category Blog
ArborWorks LLC is pleased to announce that it has promoted Clint Stephens to the position of Vice President of Operations, Southeastern Region. The appointment takes effect immediately, and Clint will be headquartered in Knoxville, TN. An ArborWorks office is in the planning stages, and its location will be announced soon.
 Tags Business, Clint Stephens, Company Expansion, Growth, Promotion
Read More 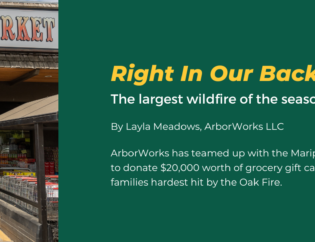